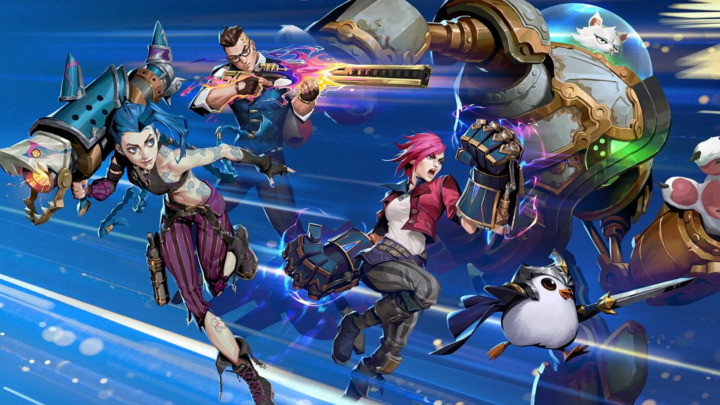 How to Do More Damage in League of Legends

If you’re looking to do more damage in League of Legends, there are a number of things that you can do. One of the most important is to choose the right champion. Some champions are just naturally better at dealing damage than others. A tank, for example, is not going to deal much damage compared to a burst mage or AD Carry. In terms of ability power, the burst mage has a very high ability power, while the AD Carry is going to have a 100% critical strike chance.

Build a champion with a high burst rate

If you want to maximize your damage output in League of Legends, you need to build a champion with a high burstal rate. This can be achieved in a variety of ways, including the use of items and other items that increase your champion’s damage output. However, you should remember that maximizing damage output does not only mean choosing a champion with high burst rate – it also means manipulating the game state so that your champion does the maximum amount of damage while taking the least amount of damage possible.

One champion that you should consider is Zeri, who has the potential to surprise your opponents. The downside of Zeri is her squishy stats, but her auto-attack will help overwhelm your opponents and provide a fantastic skill expression in late game teamfights. If you want to build Zeri with high burst damage, you should choose the Lethal Tempo build. The recommended Mythic item is Trinity-Force, but you can also use other items that synergize with her Critical Strike.

Burst damage is a valuable type of damage in League of Legends. It’s a powerful type of damage that can easily eliminate enemies before they can react. A champion with a high burst rate is also the best option if you’re looking for a tank for toplane.

When choosing the runes, it’s also important to consider the power spikes of your champion. For instance, Vayne will likely see the value of Legend: Alacrity for her character, while Jinx may prefer Legend: Bloodline.

Build a champion with a high attack rate

If you want to maximize your damage in League of Legends, you should build a champion with a high attack rate. This will give your champion the highest amount of damage while taking the least amount of damage possible. There are several ways to achieve this goal. First, you should determine your Champion’s type. This will help you choose which runes to build. After that, you should decide how you want to position your Champion.

For instance, the shaman is one of the most powerful Champions in League of Legends. Its high base damage allows him to blow out opponents during early game. He also has a passive that causes his auto-attacks to do damage over time. The more auto-attacks he uses, the more damage he does to his target. He is very useful when it comes to winning skirmishes, but you will need to get some early kills to make him worth playing.

Another way to make your champion deal more damage is by building it with more on-hit effects. On-hit effects are very powerful in League of Legends, and are often triggered by champion abilities. If you’re building a champion that relies on one damage ability, this is a great way to maximize damage output and relevance. However, some champions are better suited to use on-hit effects than others.

While building your champion, you should keep in mind runes. Having the right runes for a champion is essential for max DPS. Certain runes are more effective for certain matchups than others. You should also know which keystones are best for each champion.

Positioning your champion to deal the most damage

Positioning your champion to deal the most damage is one of the most important aspects of the game. It is important to take into account the priorities of your targets, as well as your champion’s unique abilities. For example, if you are playing a champion that is squishy, you will want to focus your attention on hitting that champion while it is safe in position. This will help to maximize the usefulness of your team during a team fight.

How To Do I Get From Dalaran to League of Legends?
READ

If you’re playing a Champion like Kai’sa, you should try to position her in such a way that she can deal the most damage while minimizing the amount of damage she takes. Ideally, you should position her to attack the enemy at her maximum range, as this will ensure her safety. In general, it’s best to keep your champion close to your teammates, as this will allow you to deal more damage while minimizing the distance you must travel to reach your Champion.

In a team game, damage can determine the winner. This is true whether your champion has a strong DPS or a high burst of damage. For example, Graves provides excellent burst through his abilities, while Ravenous Hydra deals a decent amount of damage via auto attacks. Other high-damage champions are Ahri and Zed, which are known for their high bursts of damage.

If you want to do more damage in League of Legends, you should build runes that improve your champion’s attributes. For example, the Overheal rune can help you deal massive damage. When used correctly, it can boost your champion’s damage output by up to 1000 dp per second!

There are several types of runes in League of Legends. Each rune has different effects. You should familiarize yourself with them before selecting the best one for your champion. Generally, there are two types of runes: Keystone runes and Secondary runes. Keystone runes change the champion’s build the most, granting significant changes in both offense and defense. You can only equip one Keystone rune per game, so you should understand which one to use and how to use it effectively.

If you are a jungler, you can choose the Pathfinder rune, which provides 8% bonus movement speed. This is very useful when you’re trying to ambush your opponents. Another great choice is the Mastermind rune, which grants 10% true damage to epic monsters and turrets. Additionally, it grants 120 gold when you assist a team.

When selecting a Rune, you should consider the Champion’s optimal power spikes. For instance, a Vayne will see value in Legend: Alacrity, while a Jinx will want to use Legend: Bloodline. However, be aware that Jinx can also benefit from Legend: Alacrity.

How to Do I Missions in League of Legends
READ

If you are a support champion, Aery is the best choice, as she provides extra attack and ability damage and shields the champion. She can also take advantage of the Weakness Rune, which will immobilize your enemies and boost your team’s damage output. Finally, Loyalty extends armor and magic resistance to her closest allies.

Champion durability has recently been increased, which is a big deal for burst champs. This means that players will have to spend more resources than usual to land quick kills. Likewise, team fights will be longer. This means that burst champions will need to use their full kit in order to maximize their damage output.

One champion in particular that will see a large power spike after the durability update is Wukong. Due to his consistent damage output, this champion is ideal for teams that are looking to make the transition from tank to carry. However, champions like Ryze, Irelia, and Cassiopeia will also benefit from this. This change will allow them to be more aggressive and safe in the lane.

The durability update will have a large impact on the game’s meta. Despite the increased damage output, the AP values remain the lowest in the history of the game. In addition, the void staff is getting nerfed and will have a harder time using their magic burst. Early-game durability is still a big plus. It does not mean that we should ignore the need to buff our resistances or HP as we level up. We also have to keep our eye on prevailing strategies in the game.